Why I’m a reluctant feminist.

If feminism seeks to advance the rights of women, does it have a place in an all boys’ school?

Arriving home at the end of a long day at work educating the future of the nation (at least the male half) I wearily enter my backdoor into the kitchen. I am half hoping to see something bubbling invitingly on the on the stove or to be assailed by the smell of roasting from the oven. Instead I am greeted only by a distant cry of, “Oh, you’re back, please make a start on supper”, from my wife, “I’ll be there as soon as MasterChef is finished”.

I swallow back a few choice responses that come unbidden to my mind and get to work. Tears form in my eyes and possibly not just because I’ve started chopping the onions. 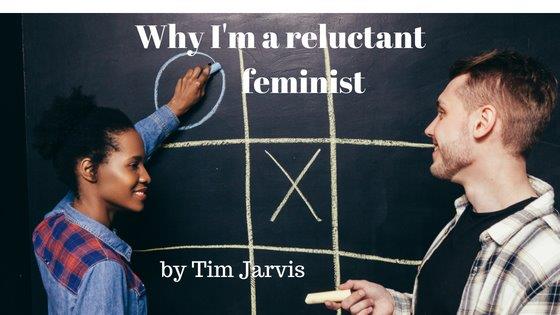 If the boys I have just been teaching think for a moment (and they sometimes do) that they are going to enter some 1950’s version of marital bliss (for them at least) as regards relationships and gender roles, then they are sorely mistaken.

Our biology does create real differences that impact the roles men and women play but these difference are often exaggerated and assumptions about expected gender roles extrapolated from very little. For instance, because of breastfeeding women play the primary care role in the early stages of a child’s life, but why does this mean that men cannot play an equal role in other areas of child care or domestic responsibilities? There is no biological or natural reason why men can’t change nappies. Biologically men as well as women have, well, hands.

Opinions on this issue are surprisingly forceful and polarised. Upon reading the title of this piece some will have raised their eyebrows at the use of the word ‘reluctant’ while the remainder will have furrowed their brow disapprovingly at the term ‘feminist’ (the most looked up word in the Merriam-Webster on-line dictionary in 2017). There are some deep cultural and religious beliefs that explain some of this strength of feeling.  I have a friend who wears a t-shirt that says,’ Patriarchy is not God’s dream for the world’ but the way some people behave you would think it is at least theirs. Clear distinguished (restrictive) gender roles are held to religiously by some. I am struggling to see why, but it does explain why this debate often takes place beyond the realm of reason and logic.

Once we put ideologies aside, there are very few exceptions and no earthly reasons why men and women cannot take on almost any role in life both outside and inside the home. So where does my reluctance to embrace the term feminism come from?

South Africa is still largely patriarchal and, with femicide rates four times the global average and 20% of women having experienced physical violence (mostly domestic), it is hard to make a case for the benefits of this male led society. Astoundingly the SA Medical Research Council has also found that 40% of men assault their partners daily. It can’t stay the same, it just can’t. Research largely indicates countries that are the most gender equal, score highest on the happiness scale and experience an improved quality of life, for both men and women. In the workplace gender equal companies have lower job turnover, easier recruitment and higher rates of productivity (click here for more).

So yes, even as a teacher in all boys’ school and as a father only of sons, I am a feminist. Aside from the necessary benefits to females, the questioning of roles based on your biological sex has started freeing boys up from the gender straitjackets they are forced to wear.  I have certainly seen that a greater freedom to express emotions has been beneficial for boys. This changing world and its continuation has and will mean a better life for women and girls but I firmly believe it will continue to mean a better life for boys and men. Without denying them their masculinity we have to help our boys prepare for this future and help them understand it is better for all of us.

Of course if you have the sneaking suspicion that some of my reluctance to fully embrace this term stems from the implication that I am going to have to continue and increase my efforts around the house, you would be right. It would seem that, given that I have hands to whisk, the kitchen is now just as much my place as my wife’s.

What do you think? Click on the link below to complete the poll.

Does feminism have an important role to play in boys’ lives?