One thing this Christmas

We closed the school year with our traditional Christmas dinner. Is was surrounded by a host of tasks that had to be completed. Obviously the dinner took some preparing but there was exams to invigilate (mind numbing) and mark (worse), reports to write, pupil recommendations and testimonials to send out, meetings to be held, carols to be sung, school magazine submissions and even preparations for the new school year. Tempers frayed and it wasn’t just the Christmas turkey that got carved up. 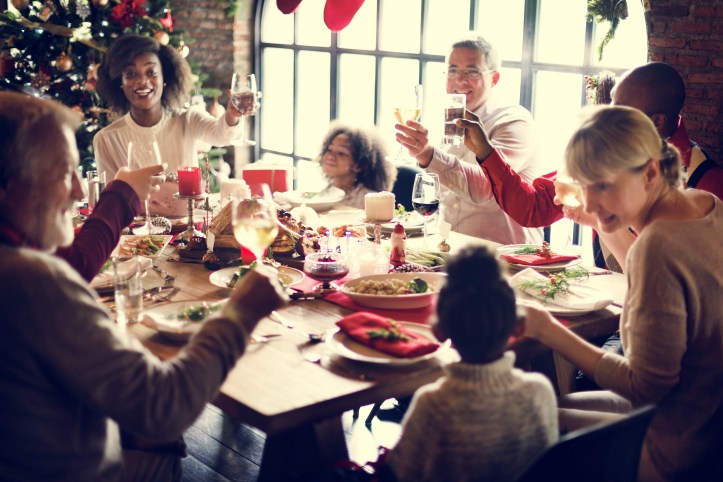 On a particular day in the village of Bethany some two millennia ago, another big meal was being prepared at the home of sisters, Mary and Martha. Of course that’s the day Jesus decided to show up (probably why he showed up). Martha was so busy preparing for the event that she was distracted and stressed about a million and one details. Her sister meanwhile just sat around talking with their divine friend (we all know the sort). In the end Martha got so fed up she went to Jesus to complain that she was having to do all the work while Mary was doing none.

Our schools and the children within them have schedules so crammed full of activities it would make ‘a CEO nervous’ and not just at the end of the year. Pressure from homework, test and exams can create a world of stress and pressure. Add to this expectations around performance in sport or other extracurricular activities and the very things that most people look to for rest and relaxation add to the burden. While teen bodies may be in shape, teen mental health is not. It’s not much better for the teachers who have to plan, execute, assess and then report on all this, ensuring the term is an unremitting treadmill that can make us more hamster than human.

As a result teacher burnout and dropout are at unsustainably high levels. Worldwide, something like one in four teachers quit within a year of qualifying and in some countries it’s as high as 40%. In the UK 83% of teachers find teaching stressful and 67% say it has affected their physical or mental health. Burnout and breakdown happen when we think we are not performing to the level we think other people’s expect of us. Perception is the key here, it’s not about how well we are doing rather how well we think we are doing in comparison to what we believe others expect of us. To feel we have come up short, to creates feeling of shame, and the fear of shame is at the heart of all burnout. I’m pretty sure every teacher has felt like Martha at some (if not most) stages of their career.

As social beings we will do almost anything to avoid being shown up and this creates anxiety. While short term stress is normal and needed (try getting me on time for class without it) long term, chronic stress is harmful. As cholesterol, cortisol and adrenaline are released into our system we slowly poison ourselves. It’s like having an IV drip almost permanently pumping harmful toxins into our body. This will show up in headaches, stomach aches, respiratory problems or high blood pressure. It’s called somatization. If we get away with stress physically its unlikely we will be left unscathed mentally, emotionally or socially.

So what can you do? Chrono biologists tell we can do can do three things.

1. Exercise – Use your large muscle groups (swim, walk, run, ride) at least 3 times a week, for a minimum of 35 mins (this helps leach away that toxic build up in your body).

2. Take a break – Ten minute breaks every hour allow us to come to a screeching halt for a short time even in the midst of a hectic day (this sharp deceleration has a disproportionately positive effect in managing stress build up).

3. Engage in aesthetically pleasing paratelic activities – (waste time in a beautiful space) this involves doing an activity for no other reason than that you enjoy it.

But there’s something else. Back to Bethany. The reponse of Jesus to Martha’s complaint was that there’s only one thing worth being concerned about.

Have you discovered your ‘one thing’ yet?

In the midst of the craziness Mary had discovered the ‘one thing’ worth doing. A psychologist friend of mine tells me that rather than being distracted and multitasking we have to endeavour to focus on one thing at a time and treat even the mundane activities in our lives as sacred. If we are doing the washing up then focus on that, if we are listening to a child read then be fully present for that. Marking 110 exam scripts? Embrace it! Today what’s the one thing God is calling you to? Is there one thing this week that God wants you to focus on? Maybe it’s just one student, colleague, parent or family member? We too can sit with Jesus ‘as what we do for the least of these we do it for him’.

Acting on the one thing that God has called you to may, on the surface, seem to be a waste of time. Remember Mary of Bethany was likely the same Mary who wasted a years’ worth of money by pouring perfume over Jesus’ feet. Doing the ‘one thing’ can appear like a waste of time, effort and resources. Even if you don’t see it as a waste, your colleagues probably will and, if they’re anything like teachers I have worked with in the past, they will almost certainly let you know it as Martha did.

Recently the power of ‘one thing’ has come to the fore. MIT recently asked their applicants, rather than listing all of their high school achievements, to instead focus on ‘one thing’ that they have done well. Similarly a study of National Merit scholars in America by Harvard University showed that if you had to isolate all the variables that made these pupils successful the ‘one thing’ that stood out as being crucial was that these students got to sit down to dinner every night with their family. It appears that eating together as a family is more important to academic success than homework, reading, extra lessons and all the other time fillers we cram our lives with.

It turns out then that Christmas dinner might be one of the most important things I do this year. In the midst of the mania that’s a comforting thought.

The original version of this article first appeared in SU MAG