Is it fair that we distill 12 years of schooling into just 14 digits through the medium of exams? 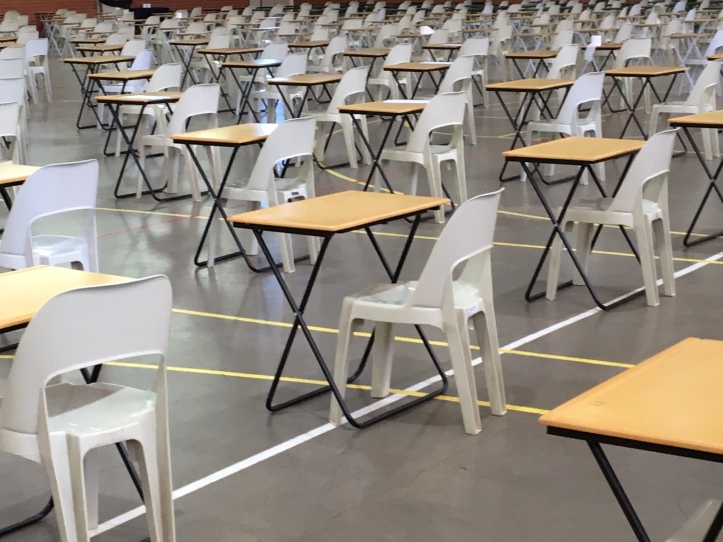 A few days ago I attended my youngest son’s ‘Prize Giving’ ceremony, or as I now call it, the ‘Watching other people’s children get prizes’ ceremony. I have learnt over the years that it helps to have low expectations going into such events but still two hours is a long time to sit waiting in vain for even a mere flicker of recognition.

When my children were much younger, parents would scour even the Headmaster’s Newsletter for a mention of their child’s name. A friend of mine complained to me that in all the years they had been associated with the school not ‘even once’ had their children received acknowledgement of any kind in this weekly publication. ‘Not a headmaster’s commendation, not a mention in the sports results, not even the litterbug award!’ they cried. “Really”, I replied, “my children are mentioned all the time”. My friend looked surprised (he knows my children). “Yes” I went on, “If you turn to the back page and look at the ‘Lost Property list’, you’ll see they’re mentioned frequently.”

Recognising children, their abilities and efforts, is a difficult task. As we sit at the end of the year parents are receiving reports of assessment results grading their children into various unvariegated categories. For matriculants around the country it is the big one, a piece of paper containing seven or so numbers upon which their fate seemingly rests. 12 years of schooling reduced and distilled into just 14 digits.

We live in age where we can measure almost everything. My son has a Fitbit which can track, his steps, heart rate, calorie consumption and sleep patterns continuously. What can the numbers tell you about a person? In our end of term staff Chapel service one of the seamstresses who works in the Laundry Department was honoured for her time in the school. It was estimated that she has sewn some 130,000 labels onto clothes. That tells a story. It got me thinking, what my life would look like by the numbers. Most of this is ‘since records began’ so does not capture everything. Here goes:

51                 my Discovery Vitality age (measure of your health relative to your actual age, based on blood pressure, cholesterol, body mass index e.t.c)

The numbers tell you something, but not everything. They don’t tell you about the steps that took you down to school in the evening to be with a student battling with anxiety. Nor do they capture the laboured, torturous steps up the side of a mountain with a group of boys graciously (most of them) waiting for you to catch up. It doesn’t measure the steps taken with a beating heart down the aisle to preach for the first time in the school Chapel, nor the time  dressing up the senior (elderly) housemaster ‘Yeezy style’ as part of a sermon. (The numbers also tell you nothing about the staff parties, but that’s a good thing.)

The e-mails don’t tell of the hours of communication with the parent whose child is in serious trouble, nor the plethora of phone calls, SMS’s and WhatsApp’s that accompany a student who is struggling. Statistics about goals, or other measures of sports success, can’t tell you of a young man’s tears when he is told he is being dropped, nor the boy on the bus home who rested his head on his friends shoulder after an injury ruled him out for the rest of the season. Sheer numbers of applications processed alone don’t describe one student’s despair when he fails to make the university of his choice (or even university at all), nor the delight and satisfaction when a pupil receives an Oxbridge or Ivy League offer.

And so it is with those numbers on your school leaving certificate. They can only tell a part of your story, and a small part at that. School covers only a limited sphere of life, and exams in turn measure only a fraction of that. No matter your results, good, bad or expected, just remember you are so much more than what the numbers say.